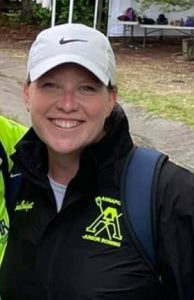 Head Coach Bridget (Laszewski) Fitzpatrick was previously one of the varsity boy’s coaches at Thomas Jefferson High School for Science and Technology where she and her athletes captured multiple lower boat Virginia State Championships. She was also the Competitive and Developmental coach for Resilient Rowing Club during the fall and summer seasons. Her rowing experience stems from her Division 1 career at Canisius College in Buffalo, NY where she competed on multiple National stages and was MAAC crew of the year in 2013.  When Coach Bridget is not on the water she is a Physical Education teacher at Southern Middle School. She has been coaching at AJR since the Fall of 2019.

Men’s Head Coach Lee Rumpf. Coach Lee Rumpf comes to Annapolis after 6 years with the Georgetown Lightweights and 3 with the George Washington University Men. He’s also coached at TBC with their Junior Men and Senior Men, helping the club to a U17 Gold at Club Nationals and various other podium finishes. As an athlete, Lee won the Stotesbury Cup with Thomas Jefferson High School for Science and Tech twice in the Varsity 8 before attending and racing for UC Berkeley. A politics major, he worked on the Hill for a stint before leaning fully into coaching. During the day, Lee is excited to work with Finish Line Rowing, located in South Baltimore. He and his girlfriend Phyllis and dog Tyson love adventuring and the water, so Annapolis was a perfect fit!

Coach Jack Baney. Originally from Florida and the space coast. He was introduced to rowing in 2012 where he rowed for 5 years with Space Coast Crew. In 2016 his men’s quad placed 3rd at Southeast Regionals and went on to place 10th at Youth Nationals. In 2017, his quad won gold at the Southeast Regionals and went on to place 3rd at Youth Nationals. He continued rowing at Hobart and William Smith Colleges where he rowed all four years. While at Hobart, he raced in the Varsity 8+ all four years and placed 20th and 23rd in the IRA as well as placing 3rd in the Head of the Charles Collegiate 8+. He was invited to become the coach at Hobart but declined to follow their career in Maryland where he now lives.

Coach Devin Valcich. Devin is an Annapolis native and AJR alumni (class of 2016). Her college career brought her to row at the University of Delaware and later at Washington College where she graduated with a degree in Environmental Studies and Chesapeake Regional Studies. Post grad life brought Devin back to Annapolis where she is currently a fellow with the Chesapeake Bay Trust and the National Park Service working in interpretive outreach and education. When she’s not at work or practice, Devin can usually be found out hiking with her dog Charlie, wakeboarding on the Wye River, or planning her next big adventure. 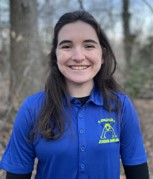 Coach Annmarie Seaman. Annmarie is entering her third season as an AJR Coach. She began her rowing career in San Diego where she was in the Varsity boat that won regionals. She began rowing at AJR in 2019 and was in the top women’s boat that had a strong showing at Head of the Charles and Head of the Schulykill. She rowed at Duquesne University for a semester. When we heard she was moving back to Annapolis, AJR was thrilled to get her back as a coach. When she’s not on the water, Annmarie works at a flower shop and is learning floral design, which she loves.